MAG Aviation Fuel is a Veteran owned small Business that specializes in 100LL per ASTM D-910 and Jet A Aviation fuel Per ASTM D-1655 supply and retailing via full and self-service.

Our business model is to maintain the best supply and retail price so as to attract as many customers as possible. We believe in today’s economic world everyone is looking for the most product at a fair price, this is how we have been able to lure 40% of our business customers within 50 nm. Into our high desert Southern California locations. We are open market shoppers for the best pricing at our Retail Airports.

Since start up August 2005 we averaged approximately 4000 gallons sold a month with months in 2009 topping 5000 gallons. Once again we price the fuel so aggressively that customers locally know they will receive amongst the best price in California.

In early 2008 we were awarded a fuel construction bid to install and retail the only 100LL self-serve fueling operation at Santa Barbara Municipal Airport in California which we planned a startup date of March 2010, this location served us well until January 2018 when the business was sold to Signature Flight Support located on the Santa Barbara Airport.

In 2014 we were awarded the fuel contract for the Apple Valley Airport by the County of San Bernardino which involves full and self-serve 100LL and Jet A fuel. Along with that, a San Bernardino County Sheriff fuel Blanket PO was established and a California Highway Patrol fuel agreement. We are proud to say there has never been any service interruptions with these or any of our commitments.

General Atomics has joined our service in March 2013 as we are a vender to them supplying 100LL for flight test and production of the Military Drones.

The two General partners of MAG Aviation Fuel have well over 65 years combined Aviation experience. From Military, to Commercial Airlines to startup of MAG Aviation Fuel. Our experience over the years working at major Airports (i.e. LAX, DEN. ONT.). Each partner holds FAA issued Aircraft Maintenance Technician licenses with Inspection Authorization, along with Private pilot’s license SEL. Along with the experience of installing our own fuel systems at Santa Barbara (KSBA), Hesperia (L26) and CalVada Meadows (74P) should prove we are hands on operators that can get the job done. 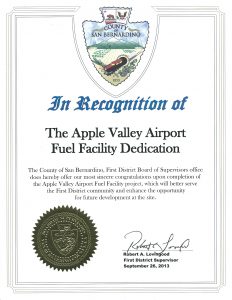 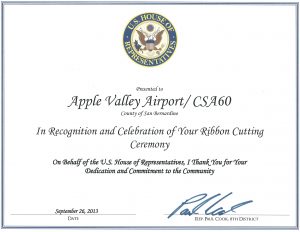